Mercury Detoxification- Your Manual To Everything You Need To Know 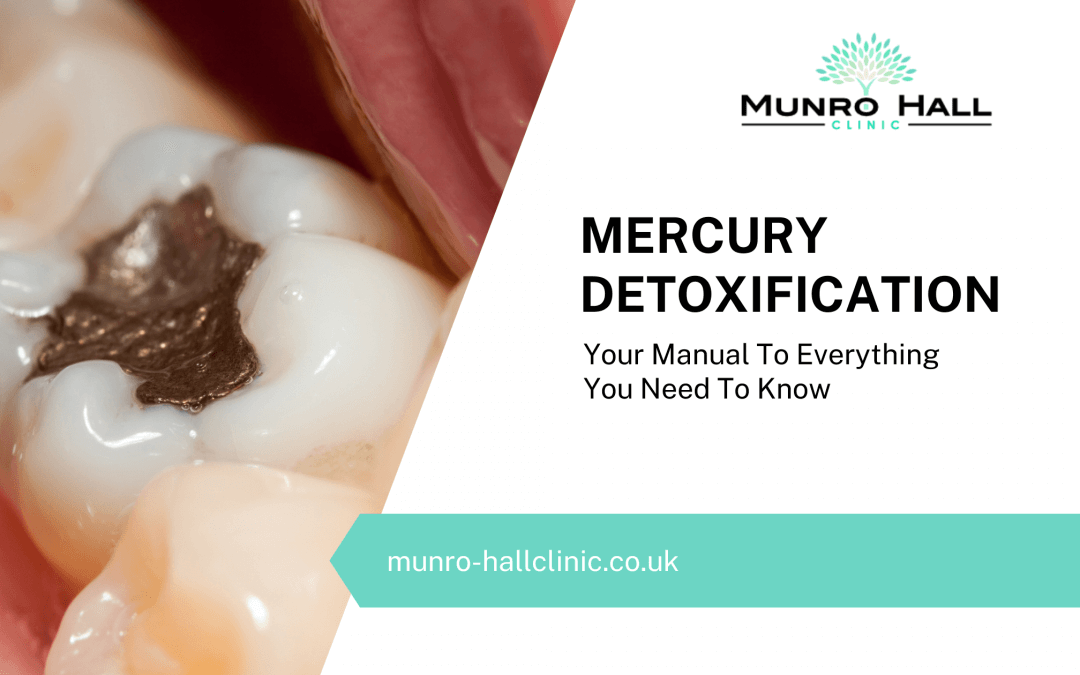 Most of us are aware that mercury is present in batteries and thermometers. But what most people don’t know is that mercury can also be present inside our bodies. Unfortunately, the presence of mercury inside the human body beyond a certain limit can be harmful. Mercury is a toxic element and heavy metal that can prove lethal in high doses.

Common forms of mercury exposure include the air, seafood, and silver amalgam dental fillings. Mercury exposure can cause various medical complications like autoimmune diseases, chronic fatigue syndrome, and nervous disorders. Hence, it is important to keep a constant track of our body’s mercury levels. This article discusses everything you need to know about various methods to eliminate excess mercury from the body – a process called mercury detoxification.

What Exactly Is Detoxification?

How To Naturally Detox From Mercury?

Fortunately, there are ways in which you can naturally remove mercury from your body. These include:

What Foods Assist In The Elimination Of Mercury From The Body?

Cruciferous vegetables contribute to better production of Glutathione – the mother of antioxidants which is an essential antioxidant for any detoxification process in the body. Certain nutrients such as Selenium, Vitamin C and E, and Glutathione help with mercury removal. Adding these nutrients in your diet can go a long way in preventing mercury toxicity. Besides, high doses of chlorella, a green algae, has also been proven helpful in reducing body mercury levels. Zeolite supplements can also help reduce mercury levels in the body.

How Can You Rid Your Body Of Heavy Metals Such As Mercury?

There are various ways to get rid of mercury from the body. Your doctor may prescribe certain medications to eliminate mercury. Some practitioners recommend metal chelators, including glutathione. However Glutathione is not a chelator but an antioxidant that we naturally produce. Chelators as a rule do bind to mercury and have that affinity but can drop the mercury along the way and inadvertently re-distribute it to another place, another organ = can be unsafe! There is a chelator called NBMI o Irminix which is undergoing trials with the FDA.

Other mercury removal options include home remedies such as eating a nutrient- and vitamin-rich diet, increasing fibre intake, and drinking more water to flush out mercury from the body.

What’s The Best Way To Detox From Heavy Metals?

When it comes to mercury removal from the body, your doctor or dentist will recommend a method that best suits your health needs and your body’s mercury levels, such as limiting the intake of a mercury-rich diet and making lifestyle changes or amalgam removal by your dentist. However, for very high mercury levels you may want to seek advice from your doctor for alternative treatments.

What Foods Assist In The Elimination Of Mercury From The Body?

A diet rich in various nutrients and vitamins has been shown to promote mercury elimination from the body. Some of these nutrients include selenium, glutathione, and vitamins, including vitamins C and E. Besides, green algae called chlorella is also helpful in removing mercury from the body.

Is There A Treatment For Mercury Poisoning From A Dental Filling?

The first step is to have a amalgam  fillings removed safely using, for instance the SMART protocol designed by the IAOMT, and then replaced with BPA free and non-toxic tooth coloured materials.

Although it is not common to suffer from mercury poisoning from silver amalgam fillings alone, mercury-based fillings do contribute to the body’s mercury levels. Therefore, if someone is suffering from mercury poisoning by silver amalgam fillings, the first step is to replace these fillings with tooth-coloured bonded restorations. The next step is using various remedies to perform heavy metal detoxification.

How Do I Determine If My Amalgam Filling Is Silver Or Mercury?

Silver amalgam fillings have two main components; silver alloy and liquid mercury. Both these components are mixed to produce an amalgamation placed inside a tooth cavity. This mixture hardens over time and reinforces the damaged tooth structure. Hence, any amalgam filling is bound to contain both silver and mercury. Previously, efforts were made to replace mercury with gallium in amalgam fillings, which proved unsuccessful.

Do Holistic Dentists Help People Get Healthier? If So, How?

A holistic dentist is a medical professional who use complimentary & natural remedies for treating various dental problems. The goal of these dentists is to use natural remedies that are much safer and more effective than some of the mainstream dental treatment options. For example, fluoride can be toxic, so materials that release fluoride should limited in their application to teeth and only used when it is absolutely necessary to assist in the remineralisation of teeth. They are also strictly against using silver amalgam fillings, citing the harmful effects of mercury as their constituent. So, yes, holistic dentists help people get healthier while treating their dental problems using natural and complimentary treatment options.

If you are looking for a holistic dental practice in Bedford, Munro Hall Clinic is there to look after your entire family’s dental needs. We will cover all your dental care needs under one roof, from root canals to preventive dental treatment and from inlays or onlays to composite fillings. So, request a new patient appointment today to enjoy a beautiful smile and perfect oral health.